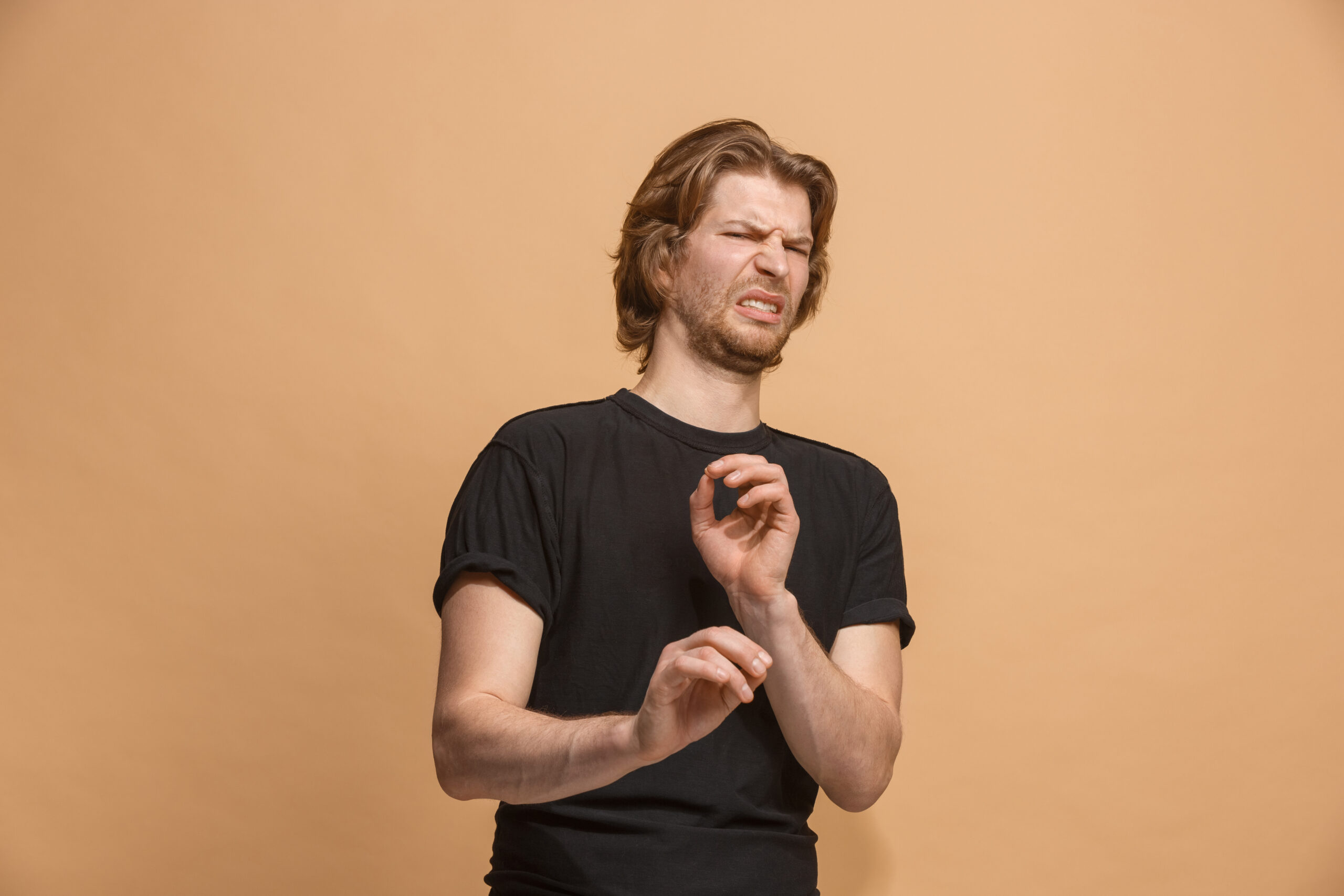 The aftertaste of palm oil

Palm oil can be found in margarine, cookies, crisps and sauces, as well as in countless other food products. It’s also used in cosmetics and cleaning products and thus, it is a very useful substance – but not one without controversy. It carries the aftertaste of deforestation. Or is that an unjust claim? Should we replace palm oil with another substance, or should we rather focus even more on using palm oil – but in a more sustainable way? And as consumers, how do we make that choice?

What should you as a consumer think of palm oil? It’s used in countless food products – but it also bears an image of burnt down rainforests and fleeing orangutans. This sentiment was so strong that a Dutch businessman saw a lucrative business opportunity last year with the margarine brand The Flower Farm. The stylish black packaging read “Eat plants, not palm please”.

The spread is made from sunflower oil and shea butter, among other things. The Dutch Advertising Code Committee, however, condemned this anti-palm sentiment and made The Flower Farm remove the claim that consumers could save the rainforest by using Flower Farm margarine, from their packaging. But that doesn’t mean palm oil is off the hook. Should consumers avoid palm oil altogether?

‘The palm oil we use in the Netherlands is sustainable and deforestation-free,’ claims Frans Claassen, director of MVO, the chain organisation for oils and fats producers.

‘But I’m suspicious, of course,’ he adds immediately. ‘It’s probably better to ask somebody else.’ And that’s just what we did. While we’re at it, let’s check in with the biggest palm oil critics of all: Greenpeace. We called Hilde Stroot, Head of Biodiversity at Greenpeace Netherlands, and got straight to the point: what should consumers buy? Should they buy products containing palm oil, or should they buy products containing alternatives such as shea butter or sunflower oil after all?

‘Considering the yield per area of land, there’s really only one option,’ says Stroot. ‘And that’s palm oil, because oil palm is simply unmatched in its yield. Switching to an alternative means you will need even more land to produce the same amount of oil. That will cause even more deforestation.’

So far, MVO and Greenpeace are on the same page. However, Stroot is also critical. ‘There have been many initiatives trying to curb deforestation by palm oil plantations over the last decade or so, but without much success. The current sustainable palm oil certification is not good enough. Most of the time, it isn’t at all clear to the consumer what they are buying. Organic palm oil from South America is also an option. The consumer should specifically ask about that.

Claassen also mentions South American palm oil as an example of sustainable palm oil. ‘In Colombia, palm oil is seen as a peace crop,’ he says. ‘There, palm trees are planted on former cocaine plantations. So it’s happening on agricultural soil, stopping the cocaine trade. There’s zero forestation for the sake of palm oil.’

The MVO director tells the story of an old farmer in Colombia who had been victim to looting FARC-militants in their search for food many times. She lost her cattle to these fighters on more than one occasion. Since then, she has planted palm trees. The palm oil generates more income than the pigs and cows she used to have. And guerrilla fighters can’t steal them, either.

‘We haven’t spread the good news’

It’s a great story, but we haven’t heard it here – we’ve only heard The Flower Farm’s part of the tale. ‘We haven’t told you the good news,’ says Claassen. ‘Even though it’s there. This problem really has not been solved on a more global scale; only 19% complies with the Roundtable on Responsible Palm Oil (RSPO) certification. That seems high compared to cocoa and coffee, but nowhere near enough, of course. In the Netherlands, the situation is much better. Here, 90% complies with the RSPO certification. And if you take the margarine product group, 100% of it is sustainable in our country.’

Globally, 4.2 percent of all rainforests have vanished because of palm oil plantations. If this trend continues, it will be a disaster. But it doesn’t have to, according to Claassen. ‘Deforestation is not necessary in the future. The productivity per area can be increased significantly. Imagine the following: in Indonesia alone, there are 2 million uneducated farmers. They do everything experimentally, without any knowledge about proper farming practices. Something as basic as choosing the right moment to harvest is crucial. If you’re a few days late, the yield is already lower. Our Dutch agricultural know-how can help enormously to increase the knowledge in the region.

This is why minister Kaag of Foreign Affairs has made 24 million euros available for the IDH and Solidaridad NI-SCOPS programme, in order to make the palm oil from small farmers sustainable.

It’s clear that something needs to change. According to MVO, 165 million tonnes of vegetable oil are being consumed annually. By 2050, this number is expected to nearly double: 310 million tonnes. Claassen believes that sustainable palm oil can largely fill this increasing demand, without deforestation. ‘As opposed to shea butter,’ he can’t stop himself from mentioning.

Shea butter is an ingredient in The Flower Farm’s margarine and is made from the shea nut. It’s a nut that grows on the shea, or, karité tree. The tree grows in the African savannah. ‘The tree bears its first nuts after 15 years, and is at its peak after 45 years,’ says Claassen. ‘That takes a long time and what’s more, the shea tree can’t tolerate other shea trees being in its proximity, so you can’t start a plantation. You can only collect nuts from trees that grow in the wild. And they’re getting harder to find, because shea trees are also cut down for firewood.’

For the conscious consumer, it’s still difficult. Avoiding palm oil by using products with alternative oils and fats doesn’t seem to be the best option. But trying to figure out if the products you buy contain sustainable palm oil isn’t straightforward either. The European palm oil industry now seems to have come to the rescue by setting a new goal.

The European Palm Oil Alliance (EPOA) announced the new goal in May of this year: all palm oil imported into the European Union has to be 100 percent sustainable and deforestation-free.

And the only way to achieve that, is if the EU sets the regulations, says the alliance of companies, so that all European companies have to comply with them.

There is no doubt that there will always be a discussion between organisations like Greenpeace and MVO or EPOA as to what ‘sustainable’ means, exactly. But in the meantime, they are all convicned that palm oil is preferable to other available oils. It’s similar to the way Churchill famously spoke about democracy:

The same can be said about palm oil.

Note: This story is a translation. Find the original publication (in Dutch) here.

This website uses cookies to improve your experience while you navigate through the website. Out of these, the cookies that are categorized as necessary are stored on your browser as they are essential for the working of basic functionalities of the website. We also use third-party cookies that help us analyze and understand how you use this website. These cookies will be stored in your browser only with your consent. You also have the option to opt-out of these cookies. But opting out of some of these cookies may affect your browsing experience.
Necessary Altijd ingeschakeld
Necessary cookies are absolutely essential for the website to function properly. This category only includes cookies that ensures basic functionalities and security features of the website. These cookies do not store any personal information.
Non-necessary
Any cookies that may not be particularly necessary for the website to function and is used specifically to collect user personal data via analytics, ads, other embedded contents are termed as non-necessary cookies. It is mandatory to procure user consent prior to running these cookies on your website.
OPSLAAN & ACCEPTEREN