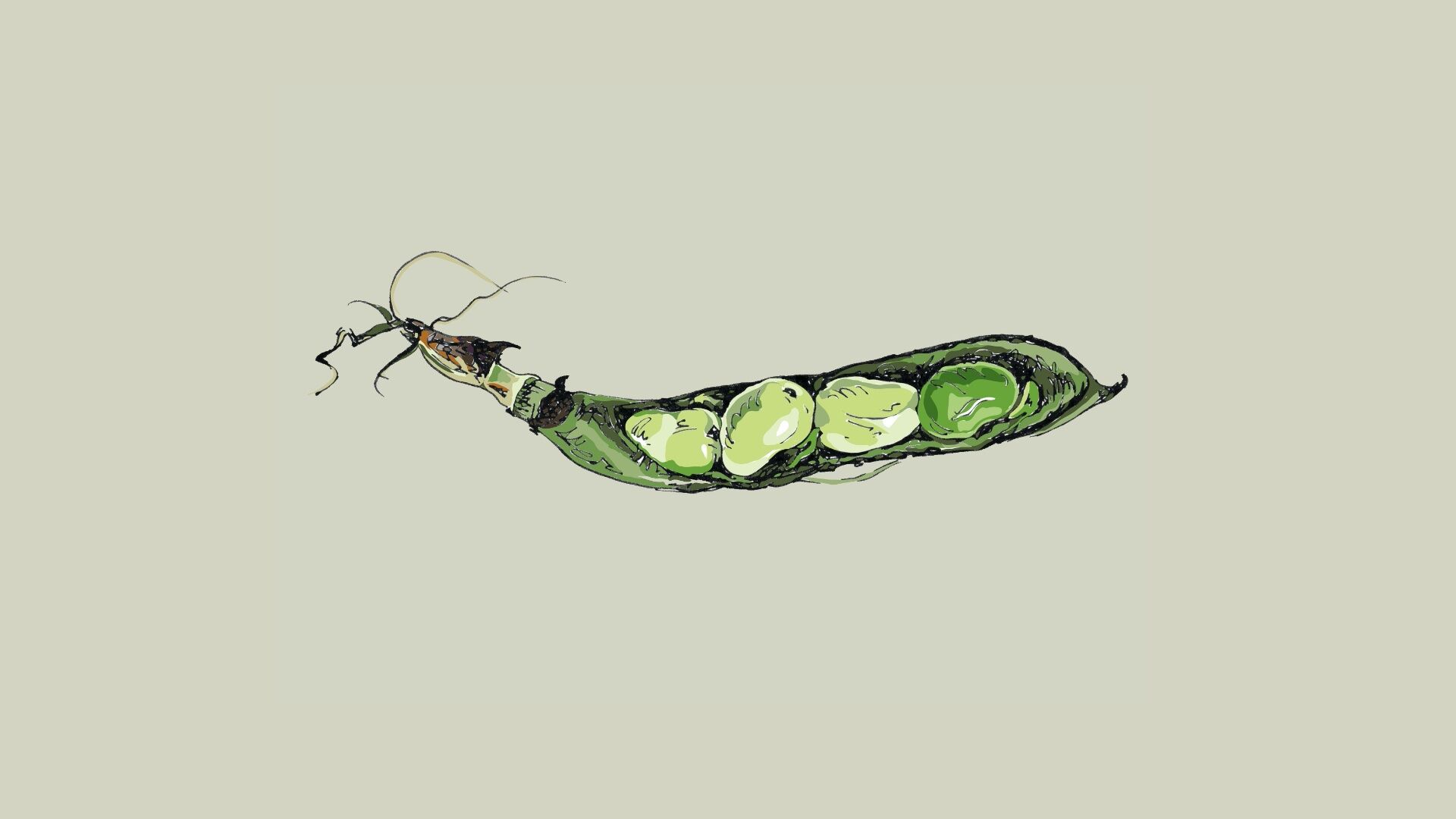 The return of the forgotten faba bean

Around 25 years ago, legume crops disappeared from Dutch fields. One of these was the faba bean. In fact, it was almost forgotten. But after years of absence, regionally cultivated legumes have suddenly become popular again. The farmer’s cooperative Agrifirm is behind the return of the plants to our native soil. ‘We want to put legumes back on the map among Dutch arable farmers and consumers,’ says commercial manager Arco Amperse.

Let’s go back in time

Let’s go back in time. It’s the end of the 1980s. Europe is an important cultivator of legumes. Peas, soy, lupin. And faba beans, around 13,000 hectares of them. It is difficult to compete on a global scale, but the government subsidises cultivation, making it attractive for farmers to grow protein crops. Not a cloud in the sky. Until 1992 when there is a dramatic change.

All the countries which are members of the World Trade Organization sign an agreement: the Blair House Agreement. Europe exchanges crop protection for easier access for banks and insurers in North and South America. That means that financial support from the government disappears. And with it, the high-quality proteins from the cultivation plans of Dutch arable farmers. Growing these protein crops is suddenly no longer attractive.

The risks of soy dependence

One of the reasons is that we currently depend on imports for three quarters of our protein needs. And that has risks. Amperse: ‘Take trade wars, for example, and the price competition with big customers like China. But also because of coronavirus, which makes it even harder to import protein crops.’

Social demands to import less soy plays a role too, says Amperse. Particularly imports from South America, due to the abuses in some of the area. Furthermore, the Dutch government is working towards circular agriculture and more production of local raw materials.

Field bean has the greatest potential

In the Netherlands, Agrifirm is one of the driving forces behind the renaissance of protein crops. ‘Our ambition is to put the protein crop back on the map for Dutch farmers and consumers,’ according to Amperse. ‘Regional production provides insight into the farming of the crop and this gives us information about where the raw material originates from.’

According to Amperse, there is a major logistical benefit to growing protein crops close to home. ‘A lot can happen to products that we import from far away. For example, a cargo ship can experience delays. This would create a stock problem. We can avoid this by growing proteins on home soil.’

At the moment, high-quality proteins are mostly imported from other countries, whilst Amperse is convinced that these plant-based crops can easily be grown in the Netherlands too. The heirloom field bean is a particularly good example. According to the study ‘Promising Protein Crops’, this bean appears to be the most promising. Amperse: ‘The field bean is sturdy. It flowers early in the season and this allows it to grow before the summer dry season. This makes it extremely suitable for the Dutch climate. More so than – for example – soy bean, for which the growing risks are higher due to the relatively late harvest.’ At the same time, Amperse explains, the field bean cultivation can contribute to improved biodiversity in fields and it can improve the soil structure.

The field bean is sensitive to cold and wet weather, which can cause it to develop chocolate spot disease.

Field beans are currently used as a feed concentrate for cattle and for blending in chicken, pig and fish feed. When processed in cattle feed, it ensures an energy-rich ration and greater circularity. This in turn makes it attractive for farmers to fill their cultivation plans with field beans. This bean is working on a comeback. However, Amperse does not expect the cultivation to take off suddenly. ‘Anyone can grow field beans. But it takes a lot of time to determine the qualities of the crop. That is a step-by-step process,’ he explains.

That is why Agrifirm started a special field bean trial this year, to gain experience with this crop. ‘We will test aspects such as the qualities of the different varieties, their processability and the results for the different animal groups and the growth-technical aspects,’ explains Amperse. He expects to encounter significant challenges in the trial. Despite its sturdy character, the field bean is sensitive to cold and wet weather, making it susceptible to disease. Amperse explains that this makes the bean prone to developing chocolate spot disease – an unusual name, but anyone who sees these spots will immediately understand.

Dozens of livestock farmers and crop farmers are taking part in the trial. Including crop farmer Ad van Bergeijk, from Werkendam. He was planning to grow green beans this year. But these plans changed when the coronavirus emerged. Van Bergeijk: ‘I could see dark clouds on the horizon. Green beans would yield a very low price as a result of the coronavirus crisis. As a result, I decided to take part in the field bean trial by Agrifirm.’ He is not sure yet whether the field bean will become a permanent feature in his crop plans. ‘I have never grown field beans before. My neighbour has and he gave me the idea. He says that it is not a difficult crop to grow. But I need to experience that for myself first.’

The field bean burger is on its way

As promising as the field bean appears to be at the moment, Amperse knows that the market will determine the success of the bean. ‘The protein in field beans is very versatile, but there are major differences. Different applications require different types of protein. For example plant-based milk. Due to the complex structure of the protein, we are unable to produce field bean milk. But you can produce milk from soy protein.’

As the search for applications of the field bean is still in full swing, Amperse currently does not know what the field bean marketing will look like. Or what exactly the bean can be used for. 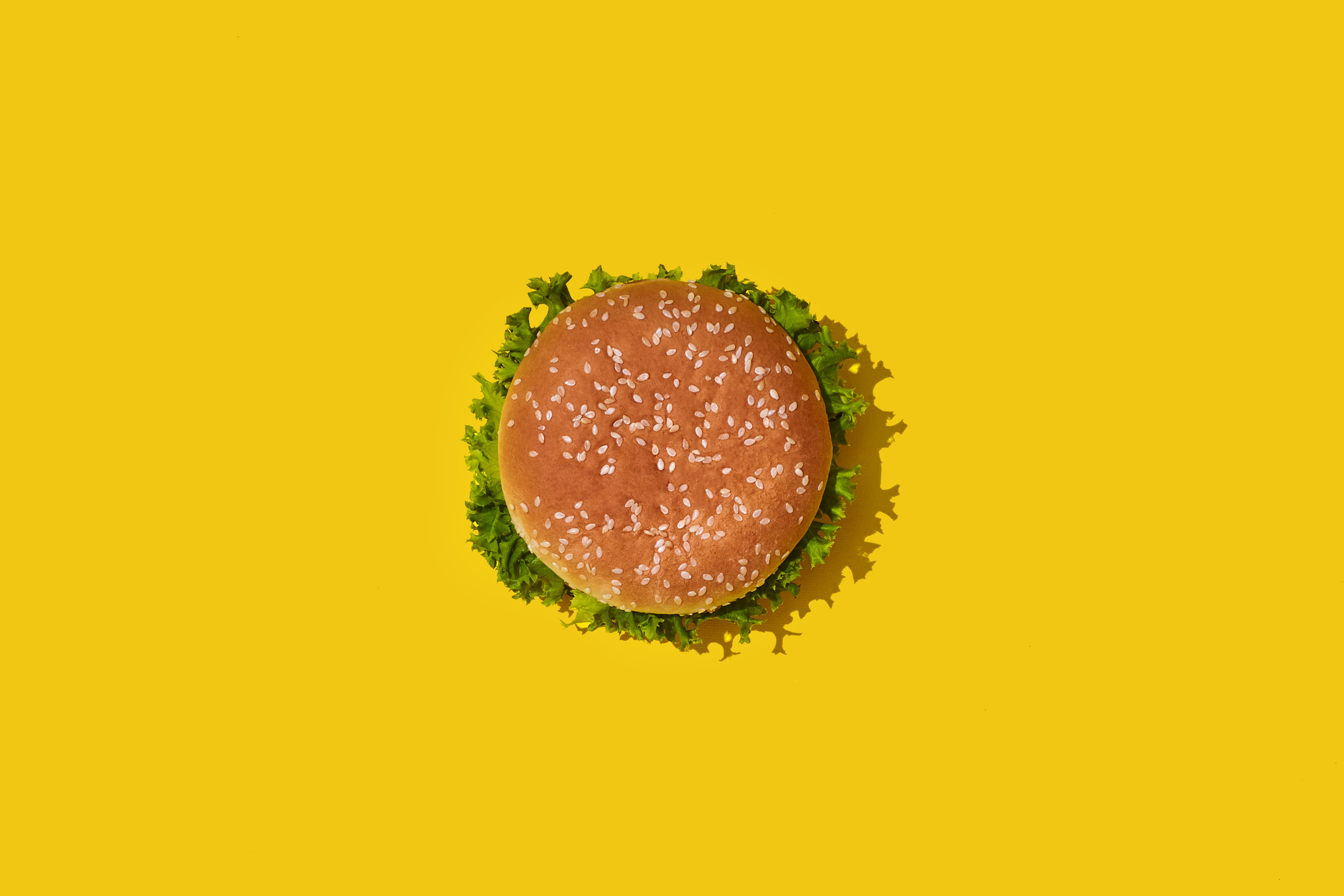 Personally, he thinks that it is merely a matter of time before the field bean burger is sold in Dutch supermarkets. ‘Of course, burgers made from plant-based protein are not new. You can buy all sorts: from soy bean to lentil burgers. But, to my knowledge, we do not yet have a meat substitute made from protein grown on Dutch soil. The field bean burger would be a first.’

Amperse does not recommend simply boiling the field bean in water and then eating it. ‘The field bean is grown for the protein that it contains. I do not know anyone who cooks the bean whole and then eats it with meat and potatoes. I think that would taste pretty awful’, he laughs.

This article was published on World Pulses Day. World Pulses Day is a designated United Nations global event to recognize the importance of pulses (chickpeas, dry beans, lentils, dry peas and lupins among others) as a global food.

Editorial update: the first field bean products have now been launched at a Dutch retailer, by the brandname Boon.

This website uses cookies to improve your experience while you navigate through the website. Out of these, the cookies that are categorized as necessary are stored on your browser as they are essential for the working of basic functionalities of the website. We also use third-party cookies that help us analyze and understand how you use this website. These cookies will be stored in your browser only with your consent. You also have the option to opt-out of these cookies. But opting out of some of these cookies may affect your browsing experience.
Necessary Altijd ingeschakeld
Necessary cookies are absolutely essential for the website to function properly. This category only includes cookies that ensures basic functionalities and security features of the website. These cookies do not store any personal information.
Non-necessary
Any cookies that may not be particularly necessary for the website to function and is used specifically to collect user personal data via analytics, ads, other embedded contents are termed as non-necessary cookies. It is mandatory to procure user consent prior to running these cookies on your website.
OPSLAAN & ACCEPTEREN